There are a large number of agencies which are involved in responding to floods in Greater Manchester. The Environment Agency maintains and operates flood defences and provides a 24-hour flood warning service for properties at risk from river flooding.

There are three categories of flood warning: 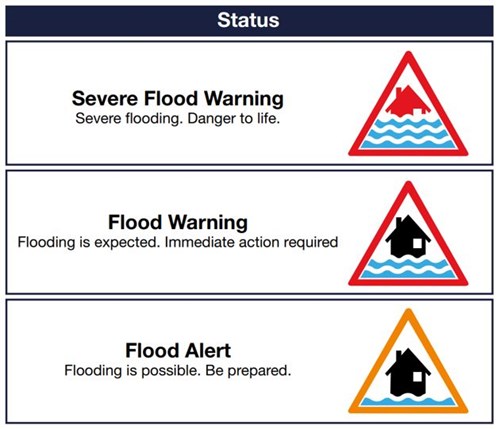 The impact of storm Eva on Boxing Day 2015 was felt across most of Greater Manchester, with many boroughs suffering flooding and damage to property; 2,200 properties were flooded. In 2016, flash flooding in Stockport following extremely heavy rain saw 200 properties flooded.

According to the Sustainable Cities report 2011, the average insurance cost for flood-damaged properties is circa £28,000

The Consequences of flooding

What are we doing in Greater Manchester?

Many agencies are involved in responding to floods. The Environment Agency maintains and operates flood defences and provides a 24-hour flood warning service for properties at risk from river and tidal flooding. Your Local Authority also has a leading role in any response to flooding. As members of the GMRF we also work to manage the risk of flooding in Greater Manchester by:

Offers of help / Requests for assistance

Find the latest information and advice about the coronavirus outbreak.